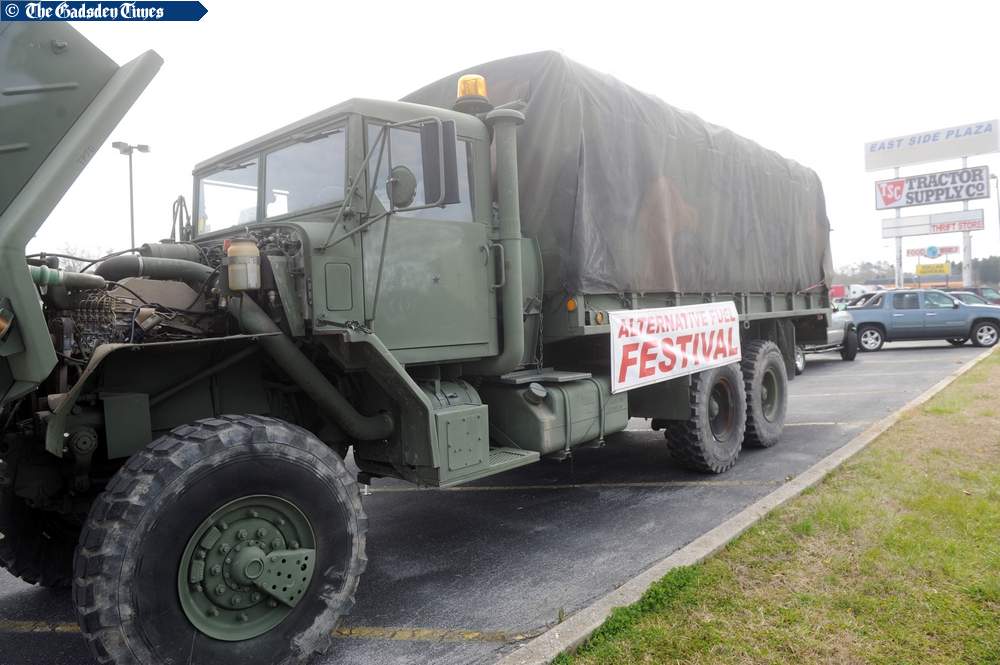 Three trucks, each powered by different fuels other than straight gasoline, were on display Friday in the parking lot in front of Tractor Supply Co., 2900 E. Meighan Blvd., and will remain there through Saturday.

Two of the trucks use more conventional fuels, natural gas and propane, but another is powered by wood.

Wayne Keith of Springville modified a 1992 Dodge Dakota so it could run on leftover wood from his farm. 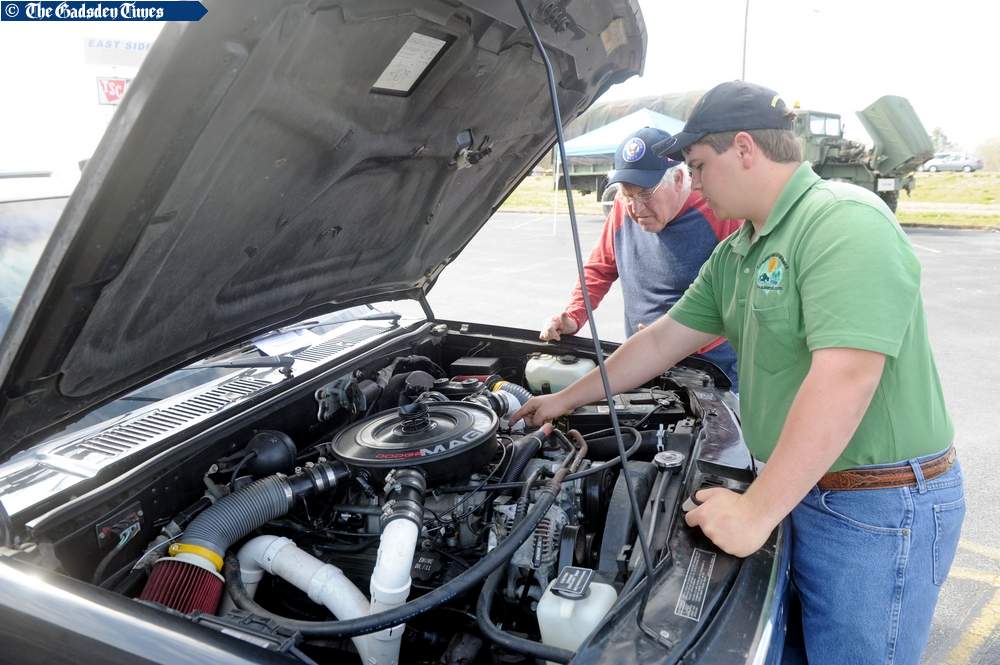 The truck runs on a gasification system that converts burning wood into fuel. The motor is a typical V-8 used by other trucks and looks the same on the inside as well. The only difference is the three oil barrels in truck’s bed.

The setup only cost Keith $500, but was very labor intensive, taking more than 250 hours to build. The system also is fairly large, weighing in at 500 pounds and taking up about 25 percent of the truck’s bed.

“It’s kind of like your mother-in-law going on a trip with you,” Keith said. “Except it’s a lot quieter.”

Keith came up with the idea during the oil embargo in 1972, but after that subsided, he put it on the back burner until 2004, when gas prices rose again.

He said at the time that if prices rose above $1.50 per gallon, he would stop buying gas. Eight years and 250,000 miles later, he hasn’t bought any except as backup for his truck, which can run on either fuel with the flip of a switch.

Keith said his setup isn’t for everyone, but is ideal for farmers like himself. He said the average amount of daily waste wood from his sawmill is enough to power his truck for 3,000 miles.

His truck loses about 30 percent of its power with the different fuel, but he makes up for that by buying the largest motors he can to compensate.

Ken Hyde of Phoenix Energy has the opposite situation for his 2007 Chevrolet Silverado. When his company added a natural gas system to his truck, its horsepower increased from 360 to 425 and the torque jumped by 33 percent, from 600 foot-pounds to 800 foot-pounds.

“It will spin the back tires on the highway,” Hyde said. “What we are going after is not power, but economy.”

The truck runs on 50 percent natural gas and 50 percent diesel. This drops the price-per-gallon from about $4 to about $1.55. Hyde said the truck also emits less carbon and is better for the environment. The system doubles the oil change interval and he expects it to run for 500,000 miles.

Another drawback is price. The tank displayed Friday was made of carbon fiber and cost $9,000, although a steel tank would cost one-third of that. The home converter also is $5,000 plus installation. While a steel tank is cheaper, it weighs 800 pounds and is too heavy and cumbersome for anything other than a full-size pickup.

The final alternative truck on display was a factory-modified Ford F150 that runs on liquid propane. Bill Mayo works for Thompson Gas and said the propane is 120 octane, so it burns cleanly and costs only $2,500 in addition to the cost of the truck. He said propane also is better for the environment than gasoline.

“That’s why you can run a propane forklift inside,” Mayo said.

Other perks include 50-cents-per-gallon tax credits thanks to the Alternative Fuels Act, plus propane costs half as much as gasoline. The problems include a large tank in the bed, like the other trucks, and infrastructure. It is not as difficult to find liquid propane as natural gas, but it still is nowhere near as common as gasoline.

The alternative fuel methods on display appear limited to trucks. Keith’s project is especially intriguing. His setup is unlikely to get any smaller, but he said it is much smaller than Auburn University’s version, which cost $300,000 and took up an entire trailer.

Keith plans to continue to show his wood-powered truck throughout the country. He has driven it to California and back in a single road trip and even holds the land-speed record at Bonneville Salt Flats at 75 mph.

It’s capable of much more, however. “I got citations that say it does better than that,” Keith said.